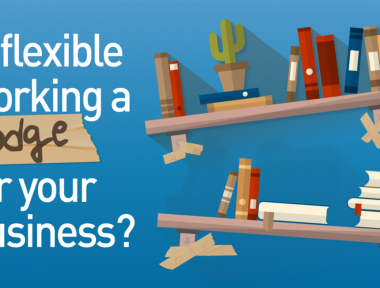 We were initially told that it would be three weeks with very little time to implement solutions at the last minute so a lot of firms put bodges in place such as diverting the main phone number in the business to a mobile, severely restricting communications and making life difficult for the poor person charged with looking after the inbound calls and passing on the messages.

Same goes with accessing systems and data, Heath Robinson solutions that were meant to get businesses by for about 3 weeks had to creak and strain whilst being used for months and months.  Multiple copies of data became inconsistent as different people worked on it, revision control became a nightmare, who was working on the correct version, which version was the version of truth.  Often businesses found themselves in a mess because of inconsistencies in how staff were able to use the data.  There were also other issues with temporary solutions being used that were not licensed correctly, with staff relying on personal file sharing licenses being incorrectly used by the business, often with people sharing logon information which put the business at risk of a security breach.

Experts are saying it is not a matter of “If”, but a matter of “when” the next wave will hit which will mean further lockdowns at a local level, so then what?  Will your business revert to implementing bodged solutions at the last minute that could cost you lost business, security breaches, reputational damage and frustrated staff or is now the time to look at implementing robust, flexible, secure solutions to provide your business with ability to weather any future storms, and that provide your business with the flexibility and scalability to meet any situation.

At The Infrastructure Business we help businesses by moving to the cloud, by placing data in secure repositories that are accessible by your team but no one else by using Microsoft Office 365, and by deploying scalable, flexible telephony using Call2Teams and extending your telephone system into the cloud.

Do you want to let your competitors steal all your business because they have rolled out better ways of working or is it time for your business to embrace the new normal and get ahead of the rest by having totally flexible working, no matter what the world throws at you?